You are here: Home > News & Stories > Blogs > At the party conferences 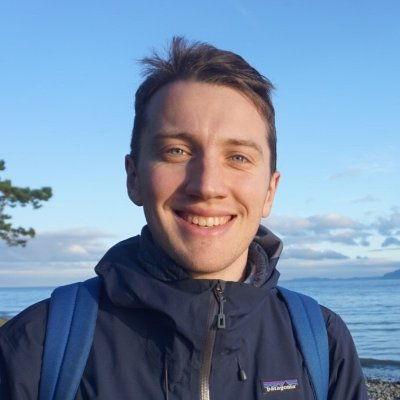 At the party conferences

I had the chance to attend both Labour and Conservative conferences this year to see what is top of the political agenda and how it is going to impact the social housing sector. For Labour, conference season was a chance for Keir Starmer to unveil some brand-new policy ideas which have been few and far between since he became leader, and for the Conservatives a chance to finally set the record straight on just what ‘Levelling Up’ might actually involve.

Low carbon housing has become a top priority for the Labour party. There were twenty fringe events on housing decarbonisation at the Labour conference alone. Numerous speakers advocated for the importance of reducing carbon emissions from housing; Mike Amesbury, shadow housing minister was particularly keen to highlight the important role housing associations should be playing in this.

This sense of urgency was shared by the shadow chancellor, as Rachel Reeves outlined plans for £28bn of annual funding to tackle the climate crisis and Keir Starmer described it as a 'national mission’.

Although the spending pledges attracted most of the headlines, Lucy Powell’s first speech as shadow housing secretary included policy commitments that will directly impact housing associations and residents. Notably, a renewed commitment to realign affordable housing with incomes rather than market rents will be welcomed by many.

The Conservative conference also had its fair share of discussion on housing decarbonisation, but unfortunately didn’t quite match the commitments made in Brighton the week earlier. The Social Housing Decarbonisation Fund (SHDF) will remain the largest fund available to support the sector in its efforts to lower emissions for now.

One challenge to government that was made several times in relation to funding, was the need to scrap competitive bidding processes. Lord Callanan, an Under-Secretary within BEIS with responsibility for housing retrofit, was steadfast in his support for this method of granting funds however, and there was no sign that this would change in future waves of the SHDF.

The real story of the Conservative conference though was the discussion on levelling up. Two themes consistently came up as priorities. Firstly, ‘pride in place’ was a phrase used often by Neil O’Brien who sees regeneration of the high street as central to levelling up.  He explained that with the right sort of investment and leadership that the feel of a place can be improved quickly and should be an immediate priority for the government. The second big theme was devolution. This was described as essential for the success of levelling up by most speakers I heard, however those in the cabinet were less committed to any grand statements of relinquishing power.

Talk of decentralisation and investing more in place is welcomed by PlaceShapers and should provide opportunities for our members, however it was disappointing not to hear housing mentioned explicitly within these conversations. To truly tackle inequality and support ‘left behind places’ regeneration and investment in good quality housing should be a key priority. The No Place Left Behind report which was published in September makes a number of policy proposals the government could utilise to tackle the housing crisis, reduce carbon emissions and directly level up many places across the country.

PlaceShapers will  also be launching our own report in November that demonstrates the untapped potential of housing associations within the levelling up agenda and places affordable housing, regeneration and placemaking at the heart of the challenge to renew our cities, towns, and neighbourhoods.

A fantastic story in #RefugeeWeek2022 - Darwish, from Syria, getting into work with support from @GrandUnionHG https://t.co/S57MCLUND9

Love this from @boltonathome - community spirit, honey making and bee puns all in one tweet! https://t.co/yzvsxCLfyd

Exciting new role at @NHC working with our friends at @placeshapers and @tpasengland - lead on the development of a sector-wide net zero campaign - huge scope for impact >>> https://t.co/X5UliRH8el

Our CEO Rachael Orr @Rachaelorrsome has been appointed Chair of Trustees at the Refugee Council. https://t.co/OA58lFgE8x