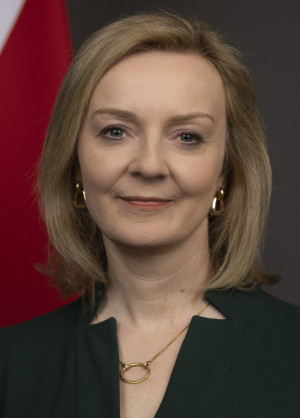 PlaceShapers has joined organisations from the social housing sector in writing to new Prime Minister Liz Truss to express our escalating concern over the impact that rising living costs are having on residents and housing providers.

The letter, organised by the Chartered Institute of Housing, outlined the support that housing providers are giving and called on the new Prime Minister to provide targeted help for people on the lowest incomes which meets the scale of the challenge. In summary, the letter called on the government to:

The letter signed by over 20 signatories from across the sector reiterated their commitment to work with the new Prime Minister and the government.

Matthew Walker, chair of PlaceShapers, said: "Members are receiving increasingly desperate calls from residents, evidence of a crisis affecting more people on a daily basis. This will intensify when sky high energy bills kick in. In times of huge pressures on their own organisations, members are doing all they can to support residents. It's vital our new PM provides the support and reassurance millions of people need."

“The cost of living crisis is being felt in every sector throughout the UK but without urgent government intervention, it will create an unprecedented housing crisis. To the best of their ability housing providers will work with tenants who fall into arrears, however there is a limit to what they can do.

The government has shown how it can respond when needed, providing extensive support during the Covid pandemic. We call on the Prime Minister to review and act on our recommendations to help those most in need and to work with housing sector in supporting them through the cost of living crisis.”

A copy of the letter can be viewed here.

⬇️Whichever party owns the discussion - and action - on homes will stand to win a lot of voters at the general election #ukhousing #CPC2022 https://t.co/htENsNVAfp

Join us on Thu 6 Oct, to get a clearer picture from @TrussellTrust of the increase in foodbank usage in the UK. In this session we will explore what more we can do to build a future free from hunger. Register here https://t.co/xC023u0mMT

📢Members! The week ahead... 👋🏽.@James_P_Bryson at #CPC2022 👋🏽Bristol @brighterplaces_ event for residents 'In Conversation with @RSHEngland' postponed due to rail strike. But we have another on 11.10.2022 👋🏽State of Hunger briefing with @TrussellTrust https://t.co/pU52fHMF4L

Eyes and ears on the fine city of Birmingham..start the week with one of the many ways local housing associations like @BVTNews are helping communities thrive. https://t.co/9F7jmrEse4

What is THE topic of conversation at #CPC2022 this morning? No, not that one. How can we properly invest in left behind places, featuring our member @KarbonHomes with @createstreets @LiamHalligan @rosegrayston starting in 10 mins https://t.co/mTCKmgygQv

We are absolutely committed to the @natfednews evictions pledge. Members will do everything they can to support people through the #CostOfLivingCrisis https://t.co/34JyxWi4eJ