You are here: Home > Publications

TPAS and PlaceShapers unite to explore and find answers to the question of the future shape of tenant engagement within PlaceShapers organisations. Read the full report.

PlaceShapers submitted a response to the HCA's consultation of proposed changes to the Value for Money standard.Click here to read the full response.

The 2015/16 HouseMark report confirms that as well as building more homes, PlaceShapers invest substantially in communities and have their increased their efficiency. Click here.

New research shows that PlaceShapers ‘punch above their weight’ building new homes, confirming the value of a diverse housing sector. PlaceShapers built or acquired almost 13,000 new homes across all tenures in 2014/15 alone. More than 26,000 new homes are in the pipeline for the next three years. Click here.

PlaceShapers collectively delivered £109m worth of efficiency savings in 2013/14 according to a unique report just published by the national network of community-based housing associations. This equates to an impressive 2.8% saving on a turnover of £3.84bn and a significant contribution to the “Value For Money” agenda, an agenda that whatever the outcome of the general election will remain a sector priority. To read the full report click here.

The PlaceShapers ‘Build Local’ report reveals how PlaceShapers around the country are unblocking stalled developments and building high-quality new homes in thriving communities, despite the property market slump. Launching the report at PlaceShapers’ sixth annual conference on 30 April, Housing Minister Mark Prisk MP said: “We need to move on from the old ‘Blue versus Red’ political approaches. There’s not a simple or single solution to providing the homes that Britain needs – none of the sectors will suffice on its own. We need the sort of new thinking and practical action demonstrated by PlaceShapers to invigorate all housing providers and achieve long-term, lasting change.”

April 2013: How local housing can unlock lasting health and care

The annual cost to the National Health Service (NHS) of conditions where poor housing is a main contributor is £2.5 billion. PlaceShapers are cutting this bill. Read more by clicking here. This article is © Emerald Group Publishing and permission has been granted for this version to appear here. Emerald does not grant permission for this article to be further copied/distributed or hosted elsewhere without the express permission from Emerald Group Publishing Limited.

The report shows how PlaceShapers are at heart of delivering localism to transform communities, lives and opportunities.

Containing 16 inspirational case studies, the 'Localism that works' report was launched on 7 December 2011 at a Westminster reception attended by the Rt Hon Greg Clark MP, Minister for Decentralisation and Cities.

In his introduction, the Rt Hon Greg Clark MP, Minister for Decentralisation and Cities says: "This report is a vivid illustration of how PlaceShapers engage with the future of their estates and communities. Across the country they have helped people return to work, reduce crime, create jobs and transform local neighbourhoods. These 16 case studies are a testament to what local initiative and local innovation can do for local communities. This is decentralisation that works - people taking control of their lives."

This report is rooted in the work of the Housing and Migration Network and demonstrates that social housing providers can and do play a pivotal role in housing new migrants and supporting good community relations at neighbourhood level where the effects of migration are most keenly experienced.

A number of PlaceShapers were involved in the Network's discussions and we will be highlighting some of their work in further publications as this report is one of three outputs written by John Perry for the Housing and Migration Network. To read itclick here

PlaceShapers submit response to Labour Housing Policy Review in June 2011. You can read it here

PlaceShapers responded to the request for consultation on the proposed reforms to social housing with a submission on Friday 14th January. The response can be downloaded here

In recent months, members have been meeting their MPs to discuss the PlaceShapers agenda and establish their views on housing associations and what matters most to MPs when dealing with them.

The results confirm the PlaceShapers agenda is 'on the button'. With a forecast of rising social housing need, the time has come to make sure open and honest dialogue exists between key players in the social housing sector and decision makers in government.

The findings of this research are to be published on Monday 8 December and will be launched at a reception for MPs at the Houses of Parliament that afternoon.

The full research report Heroes or Villains? - MPs Perceptions of Housing Associations can be viewed here

There have been several pieces of work on recent years looking at the way the sector is changing, particularly in terms of the development of larger entities through groups and mergers.

This review aims to examine this work and analyse what it says about the way the sector is developing and the role which medium sized associations can play within that changed sector.

Titled 'Going the Extra Mile - what local authorities want from housing association partners', the survey was carried out by Tribal's housing team on behalf of the PlaceShapers Group.

Consultants from Tribal interviewed and collated the views of 21 key local authority partners. Issues covered included the potential for RSLs to support the local authorities 'place shaping role', the value and performance of different types of associations and what authorities saw as the 'ideal shape' of the sector.

Size is not seen as a relevant factor but three quarters of respondents were positive about the role of medium sized housing associations and want them to stay.

Having a critical mass of stock, with accessible and responsive local teams, was seen as a high priority and there was support for stock rationalisation and removing barriers to transferring management.

"Big is not necessarily bad, but it's not seen as better either. What emerged strongly was the desire to be able to work in genuine partnership with associations that have a real stake in the area in terms of housing stock and broader services, who offer local authorities autonomous, accessible and locally responsive teams.

"This happens to be a particular strength of many mid-sized RSLs" she added, "and the survey found we are often held up as the benchmark by which others are judged. Community development and building effective local partnerships are seen as our core business activities."

Meanwhile, elsewhere in the survey, the trend towards mergers was seen by some as contributing to a downturn in performance by some associations and some respondents felt confused or irritated by associations rebranding under new names.

The North Area Social Housing Forum (NASHF) is made up of all the social landlords with an interest in the North Staffordshire Area. They have put together thisbrochure to demonstrate their hard work in the area.

The PlaceShapers eZine is a one stop bulletin on our latest news, events, research, political engagement and sharing best practice.
Read more 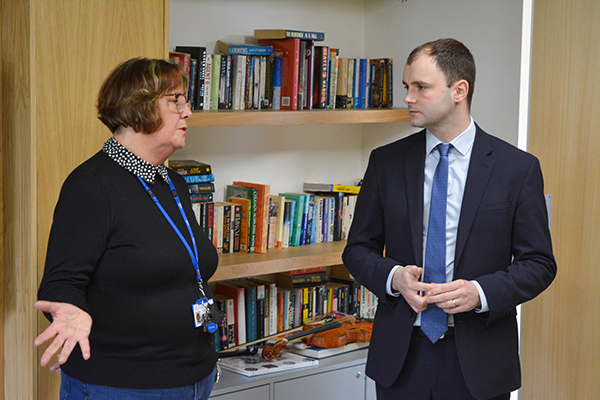 Today we welcomed @LukeHall to our Homeless Service in #Pool. The Minister for Local Government and Homelessness toured our new building, and spoke to staff and clients about their experiences of homelessness in #Cornwall and the support we give #WeCare #PlaceShapersSW https://t.co/yxHB8z4w2T
19 Feb 2020

South west PlaceShaper @CoastlineHouse was today visited by @LukeHall Minister for Local Government and Homelessness. He heard from staff and clients about the causes of homelessness in #Cornwall and how it is being tackled #WeCare #PlaceShapersSW https://t.co/A5QVbHiNFQ
19 Feb 2020

Our networks are one of the ways all members can become engaged in our work, share their ideas and work and build partnerships with other PlaceShapers. Here are our forthcoming network meetings, please pass to colleagues who may be interested. https://t.co/OvgDhH8vOa #WeShare
19 Feb 2020 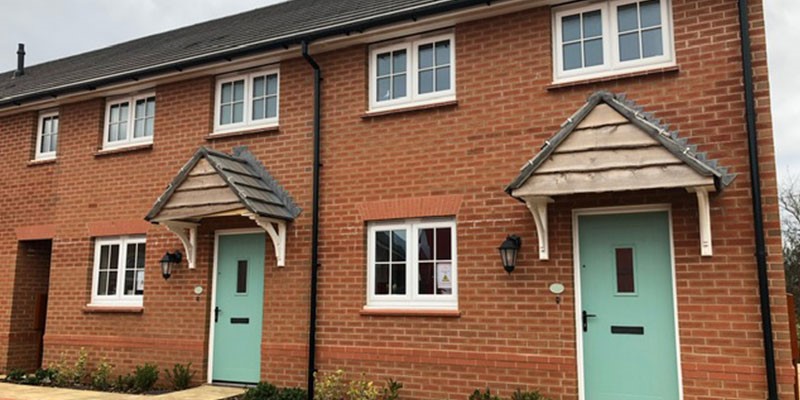 Are you an ambitious, innovative and strategic leader? Don't miss out on this fantastic opportunity @PM_Training part of @weare_aspire #WeWork https://t.co/bC4p2Nf8fo
18 Feb 2020

In the south west, PlaceShaper @CoastlineHouse is partnership working in a study of the links between health and housing #WeCare #WeWork #PlaceShapersSW https://t.co/9jppQieHxG
18 Feb 2020